5 reasons cheap clothing sites really cost you in the end 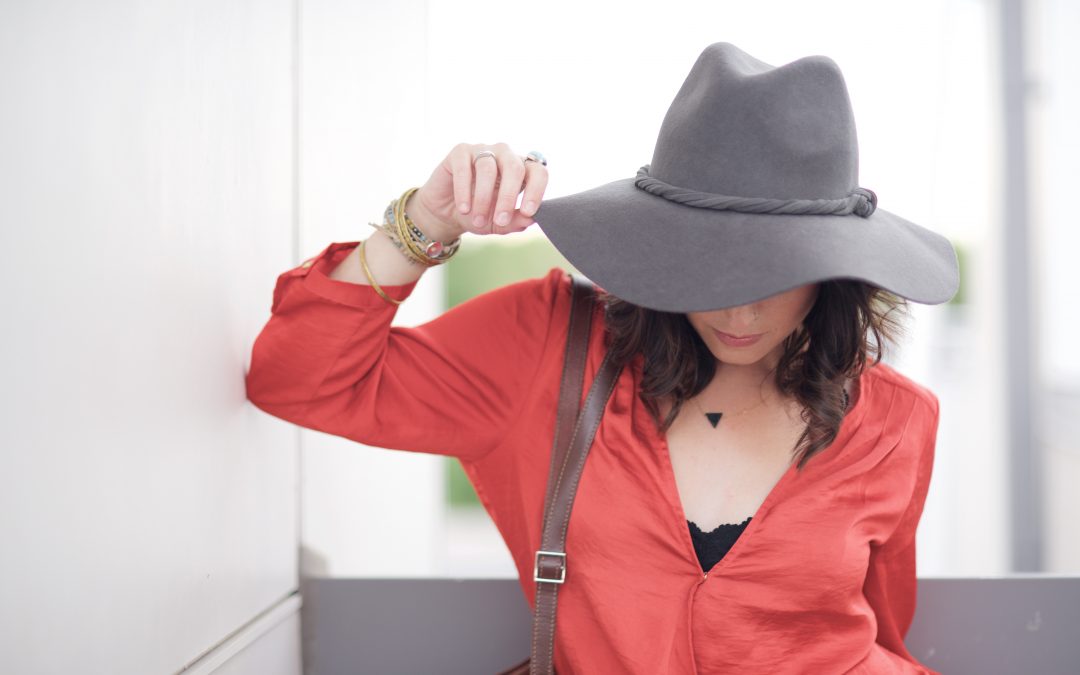 Cheap clothes and fast fashion are the norm, but can you really get that Ah-mazing coat or dress for only $12?

Early last year my friend recommended Rosegal for crazy cheap clothes. I didn’t skip a beat. I looked up the site and immediately started browsing. However, it felt a bit “off” to me. I’ve been scammed before, so I don’t usually stick around a site if my spidey sense is going off. I never ordered a thing. Instead, I looked up Rosegal. A host of other sites came up describing how unsatisfied people were with what they got.

* Rosegal has gone through a major overhaul and updated it’s site to look like any other American retail clothing site. However, the fact still remains it isn’t owned by a cheerful group of girlfriends, like the “about” page indicates, it’s a direct from China manufacturing company owned by one of the richest men in China.

So what, right? It’s a great deal!

Well, I usually go by the old adage ” if it seems too good to be true, it probably is.”

My friend was happy with her purchase. She only wore it once but it served her purpose. I’ve had other friends however, that have ordered off these sites such as Sammy Dress or SheIn and had terrible outcomes.

So, when I started getting behind the scenes of the fashion industry and looking to design and sell my own clothing I learned SO MUCH more about what you are really buying and what it is really costing you.

And hey, I’m all for saving a buck! At one time I had a closet almost entirely filled with clothes I bought at thrift stores and the most expensive thing in my closet was $25. But this list isn’t just about money, it’s about your health and the real impact we make. Information is power and I want to give you the power. So let’s look behind the curtain shall we?

Join my newsletter to get the latest updates from me.

Very, very low. No one calls you back. Ever. They rarely answers emails, if at all. They handle complaints like a politician that says they care but ultimately nothing happens. Good luck if you’re ever unhappy and want a refund. I hear it’s easier to tie your hair to an eagle and fly than it is to get your money back. The truth is, what are you going to do about it? They know they are thousands of miles away and for them it’s a numbers game. If you’re expecting some form of customer experience like you would from ordering off a site in America, think again.

#2. If you care about quality…. Even a little, you won’t find it there.

A friend told me her cute cheap coat showed up with seams unfinished. Look online and you’ll see several articles and forums on how the clothes arrive not finished, smelling like gasoline and/or don’t fit at all.

Now, more than ever, you need to be an informed consumer.  In the past few years, corner cutting business practices have been publicized. China doesn’t have the cleanest record when it comes to selling anything. Remember the mass pet food recall of 2007? How about the milk scandal of 2008? Or how about all the lead in toys that has been found for years and years? Yes, China does seem to be guilty of cutting corners on product creation. But why? Is it that China likes making crappy stuff and adores their badge of “if it’s made in china its junk” status?  I doubt it.

What is more likely is we as consumers, being some of China’s biggest customers, demand cheap stuff. We say with our habits, “The cheaper the better for my wallet, I don’t care what it takes.” Really?

That means not using the proper materials to make a quality garment. It will be made to save as much for the factory as possible because they are in it to make a profit. You can’t go backwards in business or you are no longer in business. If you want a $12 dress, you will get one. However, just so you know, It will have formaldehyde and a host of other chemicals on or IN the fabric, not to mention lead in the zipper. And most of this stuff doesn’t wash out. China is merely making money off of the demand for cheap, cheap, cheap stuff.

Most direct to consumer Chinese site don’t make the clothing till a bunch is ordered.

They aren’t one at a timing it here.

Unlike retail businesses that spend lots of money up front so that they have product to sell you right away. Factories work differently. They wait till a bunch are ordered then make them all at once and then ship them. Guess what else, those clothes need to go through customs which can take anywhere from days to weeks. There are many stories of customers NEVER getting what they ordered. Who knows why. Factory lost the order, they didn’t make it or it got sent back because it didn’t meet customs standards. Who knows, but the fact is you could be waiting weeks, months or forever for that adorable coat for $14 bucks to arrive. And then it might not fit when it does. Fantastic!

Most direct to consumer Chinese site don’t make the clothing till a bunch is ordered.

They aren’t one at a timing it here.

Unlike retail businesses that spend lots of money up front so that they have product to sell you right away, factories work differently. They wait until a bunch are ordered, make them all at once and then ship them.  Additionally, those clothes need to go through customs which can take anywhere from days to weeks. There are many stories of customers NEVER getting what they ordered. Who knows why. Factory lost the order, they didn’t make it or it got sent back because it didn’t meet customs standards. Who knows, but the fact is you could be waiting weeks, months or forever for that adorable coat for $14 bucks to arrive. And then it might not fit when it does. Fantastic!

On a typical clothing site the picture you see was usually taken by the designer or the store you are buying from. When you are viewing it, you can get a pretty good idea of what the fabric will be like, how it will fit, and so on.  Did you know that on Chinese sites you can be looking at an image that isn’t anything like the product being sold?

The sites are selling to locals in China as well as Americans. The average Chinese woman is roughly 5’3” and 126 pounds.That’s not crazy but it’s the AVERAGE. The average woman in the US is roughly 5’5” and 167 pounds. That’s quite a difference, and Chinese manufacturers don’t get it, unless they are working with companies from America that dictate the sizes. They see all women as they see the women in their country. It takes a skilled designer and a team of people to design clothing that fits.

These websites know this error in sizing is catching on. Some sites are improving and updating but others are switching from using local models who are Chinese to white models, from Russia mostly, to gain trust from the consumer. Those girls tend to be very young and underweight. They are trying to get out of their town and are told by a talent scout that they’ll become a rich supermodel if they fly to China and start working. What actually happens is they get to China and live in a one bedroom apartment with 16 other scared new girls. They work 16 hour days being carted around for little to no money as “auditions” but really they are modeling your clothes. Then they go back to Russia penniless. This is of course the tip of the iceberg. Many of these sites also steal images right off of major retailer or designers sites. They don’t just counterfeit the design they also steal the photograph as well. The theft of intellectual property is insane.

And here’s the original image that Modlilly ripped off from @MsBlingMiami. Source here

#5. The Humans who made the clothing

What are the conditions of the people making the clothes? In many places in China the conditions are OK, but when you start seeing the prices so low it’s nuts, that’s because it IS nuts. If you are paying $15 for a dress and the factory needs to be paid, the materials, the website, the cost of customs and much more, how much do you think that worker made off your purchase? It’s not much.

The cheap cost of clothing is one of the major factors for the perpetuation of low wages, dangerous chemicals and toxic pollution. This is due in part to our demand for super cheap goods.  I’m guilty too.  It’s not easy paying top dollar for quality clothes when you’re just able to pay the monthly bills, but at some point cheap clothes from these sites are not the solution to saving your money.

I never considered myself a “save the planet” type of person, but the sheer scale of the clothing industry and the impact WE can make by buying smarter is an easier fix than cleaning up the air, water AFTER it’s ruined. This is not to mention improving peoples lives across the world. You and I have more power than we know.

You can actually save money buying quality pieces that will last longer than a minute.

You vote with your dollar.

I’m not trying to just criticize China. It’s not the WHOLE country doing this, and  they aren’t the only country making our clothes. I could talk about Bangladesh or India, and their practices, but I focused on China because one, that is where these sites are coming from, and two, China is a huge country with massive manufacturing.  If we could buy smarter they would have to change their practices. That’s true for any company in any country. China happens to be one of the largest. Why not start change there?

As of now these countries have little incentive to make higher quality products. The majority of money made is in the cheap stuff. China does assemble some luxury items like the iPhone, however, it took a  team of engineers at Apple to not only create the phone but also the manufacturing process behind that assembly. Apple also demands quality from the factories for the final product to be flawless. That’s true for clothing as well. Some amazing quality is coming out of China when a team and a company want to make you happy. They are spending time and money making sure the factory produces a quality item for you to wear that will actually fit. In most cases it will cost you more than $15.

That’s the rundown on the cheap, too good to be true, clothing sites. There are some happy customers but MANY unhappy ones. If money is tight, try out one of your local consignment stores. You save money and get better quality. If you want to roll the dice and order from these sites, at least now you know the true cost.

Join my newsletter to get the latest updates from me.

Let us get to know you!

Or fill the form below

Join my Newsletter for updates and offers!